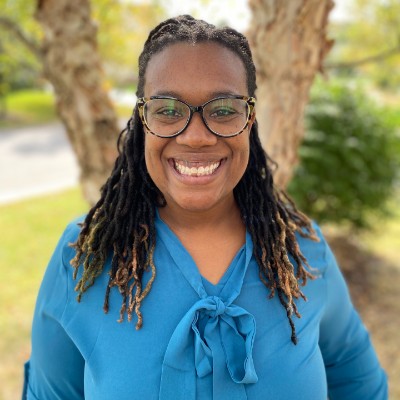 Wrighten has always been concerned with issues of fairness, justice and equality. As a high school teacher in a predominantly black high school, she witnessed events that led me to question why some policies seemed to disproportionately affect black boys and what could be done about it. Her research led to examining the governing bodies that are responsible for these types of unfair policies. As she delved deeper into the research, she realized that there was a bigger issue that needed to be examined. Policy creation is an output of our elected officials, and therefore our governing bodies needed a closer look. Upon further analysis, Wrighten realized that the governing bodies do not reflect the diverse populations in this country and as a result, policies are created that may heavily affect one population over another. Her aim is to examine state legislatures and Congress in order to illuminate why policies tend to disadvantage marginalized groups in the United States and what can be done to address this inequality. Her research agenda is interdisciplinary in nature, she combines the study of Political Science with African American Studies, Gender and Women Studies, and public policy. She considers herself an Americanist with a specialization in state legislatures, black women, race and intersectionality. Because of the interdisciplinary nature of her research, Wrighten utilizes both quantitative and qualitative methods in order to test her hypotheses.

Research that aligns with the Department of African American Studies

Additionally, Wrighten has written articles that center the political behavior of Black women and emphasize how understanding what Black women do and the ties they have to the Black community helps to understand our democracy more completely.

Wrighten continues to conduct research in this area using intersectionality as a theoretical framework and pushing scholars to reimagine the way in which we understand “American” Democracy.

Wrighten conducts research on black women, state legislatures and leadership, with an emphasis on intersectionality. Her current project examines the differences in leadership attainment that exists between Black women, white women, Black men and white men in state legislatures and the factors that cause these differences. She created the novel theory, the Heavy Lifter Theory, to explain the primary differences between Black male and Black female legislators as it relates to leadership in state legislatures. She was most recently awarded a research grant from the Center for Effective Lawmaking to continue her work on black women, leadership, and intersectionality. She has also been quoted in the Washington Post, News Week, and USA Today. Additionally, she has made a prime-time appearance on NBC 4 Washington news to discuss the 2021 Virginia Gubernatorial race.

She continues to research and provide instruction that emphasizes themes of equality, justice and political effects for the most marginalized groups in the United States as an assistant professor at Virginia Commonwealth University. Wrighten received her bachelors in political science from Virginia Commonwealth University; her masters in political science from the University of Maryland, College Park; and received her doctorate from the Schar School of Policy and Government at George Mason University, where she defended her dissertation entitled, “Who Runs the World? An Examination of Black Women and Leadership in State Legislatures.” Wrighten uses her degree to teach and serve as a mentor to a future generation of scholars. When she is not researching and writing, she enjoys traveling with her family.